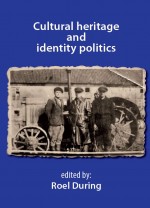 As the authors in this fascinating volume point out, both heritage and
identity discourse can be instrumentalized, by proponents and opponents
of European integration, as they can be commodified, in branding efforts
with various implementations. Just as in Macchiavelli’s Europe, political and
economic alliances shift, people get tired of things, are anxious, and in a
tumultuous present they tend either to cling furiously to old (reinvented)
identities or to redefine themselves on a regular basis. The past, and thus
heritage, plays different roles at different times in these processes. In
Renaissance culture, the Romans inspired a unity of thought we now label
‘Renaissance’ but in the politics and identity politics of the day, the effects
were much more intricately patterned.French law became modeled on
Roman law, and a Roman- inspired legal profession and administrative ethics
arose that gradually permeated French society, but Spain and Italy itself
proved quite different’  (Preface by Kristof Van Assche)